Amazon at first Spot. Apple is behind Amazon, Microsoft, Alphabet.

Amazon wons the Race, It passed Microsoft to take the first spot. Now Amazon is the Most Valuable Company, followed by Microsoft and Alphabet (Google Own Company) at third and Apple at Forth.

There are many Firms who are evaluating the Companies and when these companies evaluate Amazon, this week after Tuesdays when amazon share rise 1%. They declare Amazon as Most Valuable Company on the Planet.

We hear Amazon CEO Jeff Bezos is the wealthiest man on the planet and Yes this is because of Amazon Shares. But on next day the share goes down and he again comes to 2nd position.

Now after all this Amazon is 10% ahead in valuation by Microsoft and the Growth is Unstoppable. Microsoft valuation is $780 billion. 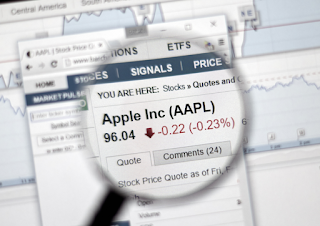 We all know that Before few years Apple.Inc is the at the First Position in this where is it now? It is at forth Position.

Yes, at a fourth position they are beaten by Alphabet (Own by Google). Want to know why?

There is a list of reasons why this is happening, The company the Jobs started with his Great Vision, from which he earned 2 billion in 10 years and that too in the 1990s.

But now due to lower demand of smartphone. The company is weakened in the Chinese market. The Share Downs by 35% from all year High. 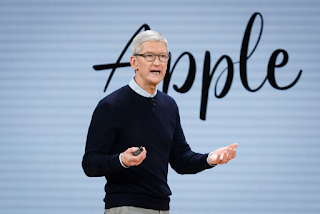 This happens because of the Down in the Sales of Smartphone. The Sales forecasted to be more but it does not happen so. That is the main reason the investor punished the Company. Moving it to 4th position by selling the share. As they don’t see the future in the Apple Smartphone.
To fight with this Situation they are trying to build a cheaper Model to acquire India Market. To get more exposure and increase sales.

India is the most Promising and fastest growing Market of Mobile, where Apple only has 2% market share. So if they deal with this situation and if successful in doing so they, no one stops them riching at least 2nd position.

Join Shodkk and Be a Shodkk = “Researcher” So that you can adapt yourself in this Fast-Changing Tech World.

“Are you Scrolling Social Media Daily? No Problem but on Sunday Scroll your Mail, Get something Knowledgeable. All headline from the world

Get Weekly World Update on Sunday.

Posted on January 9, 2019 by Money Shodkk — Leave a comment
Leave a Reply Cancel reply
Home › B-Model › Amazon is now the most valuable company on the planet